With Apple’s AirTags Launch, the Mainstream Commercialization of Ultra-Wideband Has Begun 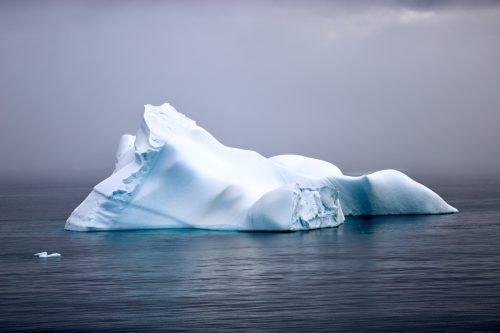 Industry watchers have been hotly anticipating the arrival of ultra-wideband (UWB) connectivity technology for commercial applications for many months now, as rumors in the media have swirled about smartphone makers coming to market soon with UWB-enabled products and features. Wired was among the first publications to forecast the impending deluge of UWB capabilities for consumers in a story from eagle-eyed editor Brian Barrett speculating about the use cases for Apple’s new U1 chip, designed into the iPhone 11 and iPhone Pro. His September 2019 story – aptly titled, “The Biggest iPhone News Is a Tiny New Chip Inside It” – proved to be prescient.

Apple answered the rumors with the recent unveiling of its new Apple AirTags – tiny tracking devices developed by Apple to help users locate their car keys and other personal belongings via UWB connectivity. An avalanche of media coverage ensued, as editors seized the opportunity to educate readers on UWB’s positioning in the technology market as a high-speed, high-precision alternative to Bluetooth and WiFi – SPARK’s highly optimized UWB implementation goes a step further and delivers all these benefits and more at extremely low power.

Samsung’s initiatives in UWB are likewise attracting attention, and industry consensus points toward an incredibly bright future for UWB technology as it leapfrogs legacy RF interconnects to set new performance benchmarks. SPARK’s own Frederic Nabki summed things up perfectly in a related story from Brian Chen of the New York Times on Apple’s new AirTags. Per Nabki, “This is the tip of the iceberg.”

Stephen Shankland of CNET gave Apple’s AirTags a similarly in-depth analysis. In his story, he sets out to enumerate the myriad ways “ultra wideband makes your life easier,” while assessing the seemingly limitless target applications for UWB, including automotive apps, for example. Per Shankland, “carmakers including Audi, BMW and Ford are also hot for UWB.”

Shankland’s story includes a staggering market forecast from ABI Research analyst Andrew Zignani, who expects shipments of UWB-enabled devices to surge from 150 million in 2020 to 1 billion in 2025. “Once a technology becomes embedded in a smartphone, that opens up very significant opportunities for wireless technology,” said Zignani.

THIS IS JUST THE BEGINNING

We’ll undoubtedly be seeing a lot more media stories like this in the months ahead as the technology and market potential for UWB begins to be realized within the consumer technology market, with major implications for the next-generation of smartphones, wireless gaming peripherals, audio earphones and much more.

While UWB is mostly being leveraged for ranging and positioning applications today, big opportunities are also in store for ultra high speed wireless communications. As UWB is considerably more efficient at transmitting data, it will soon be possible to wirelessly stream rich multimedia with extremely low latency. This capability will be invaluable for any wireless application designed for near real time responsiveness – and that’s a long list of apps.

It’s an exciting time for SPARK as we engage with customers seeking to capitalize on UWB in a hotly competitive marketplace. And there’s no doubt in our minds that our UWB technology will open up a whole new realm of wireless connectivity applications – well beyond what we can imagine today.